The cubs were treated to a presentation by some members of our four District Explorer Units tonight.  Three of the members have been chosen to attend the Jamboree as the Crawley District contingent in Japan in 2015.  A fourth had been a part of the 2011 contingent to Sweden (who is also going to Japan as part of the Service Crew) and another just came for the ride!

The Explorers organised a fun quiz on Japan for the cubs, played “Traffic Lights” (also known as Stop/ Go and Red, Amber, Green) but with a Japanese flavour ………  All the commands were in Japanese!

The cubs were told that when Japanese people go out for a picnic they often don’t take cups to drink out of.  Instead they fold a piece of paper into a cup shape.  The cubs thoroughly enjoyed learning a little about the art of paper folding (Origami) and having a go themselves.  The leaders then, to the delight of the cubs, tested whether the “cups” were up to scratch by pouring (very) cold water into the cups whilst the cubs held them above their heads! – I regret to report that every cup performed very well – No cubs got wet – What a shame!!

Our thanks to Abi, Matt, Mya, Barney and Jess for a great evening.

Below are just a few of the photographs taken in the course of the evening………………. 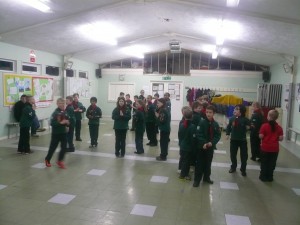 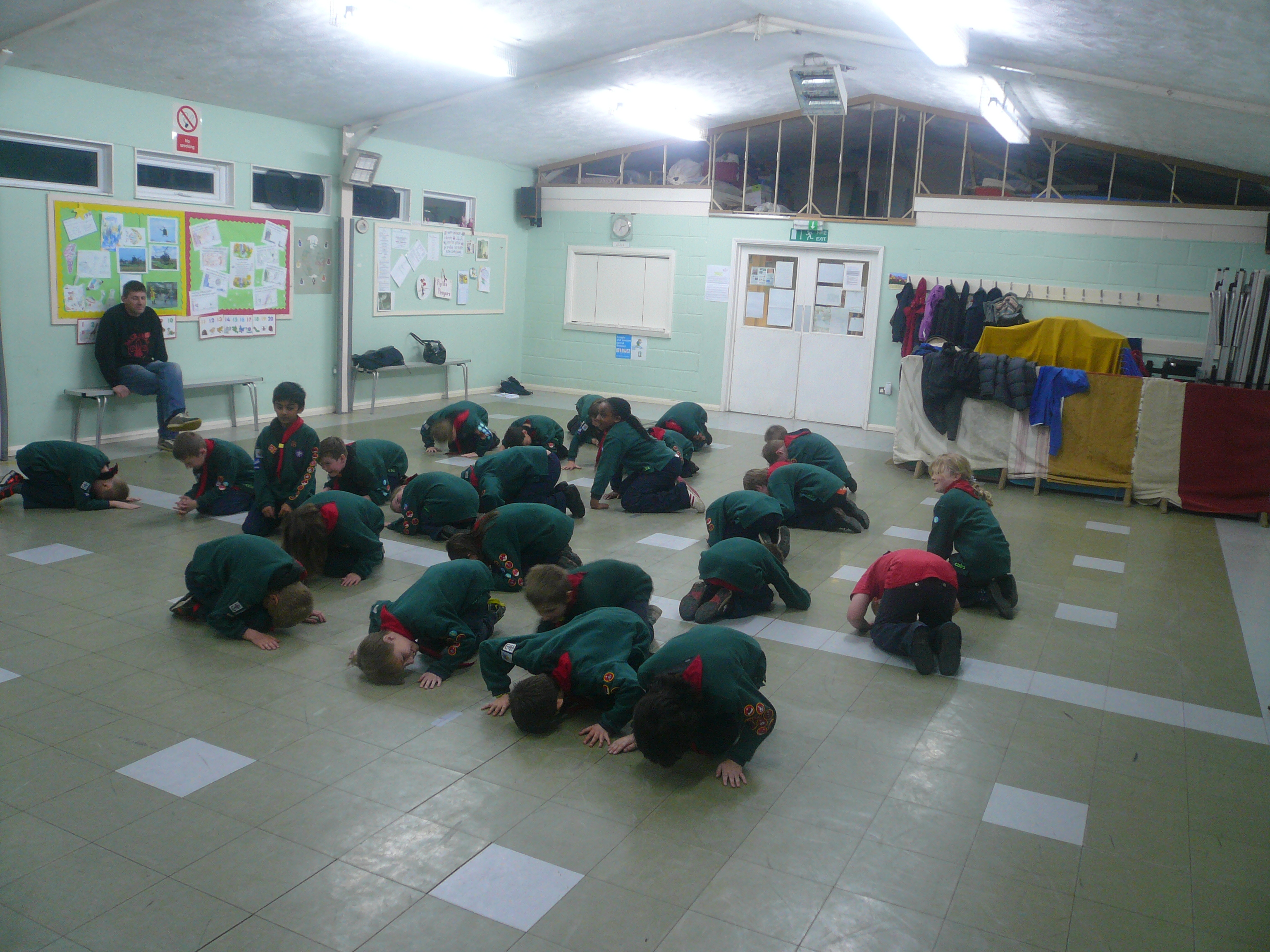 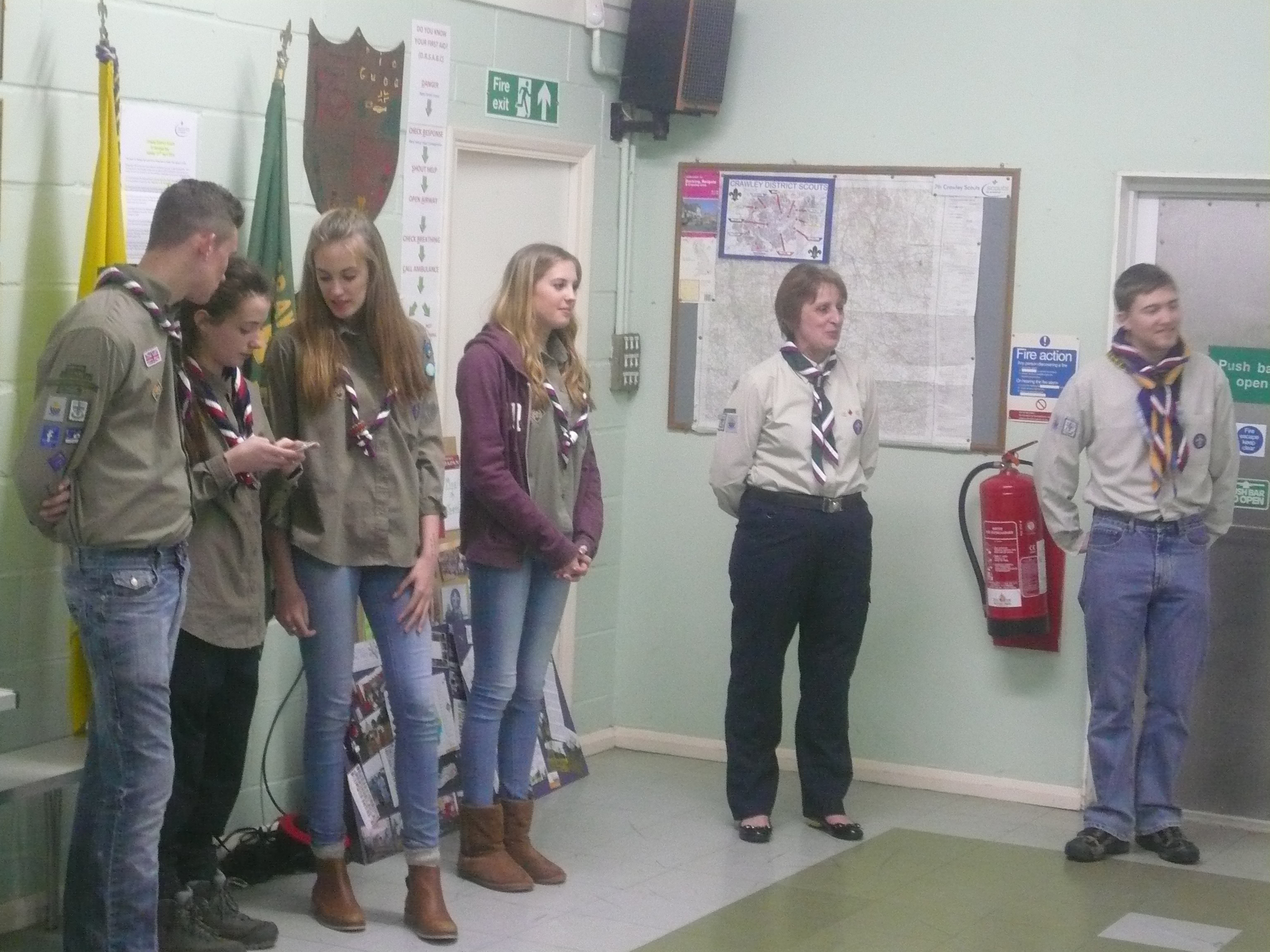 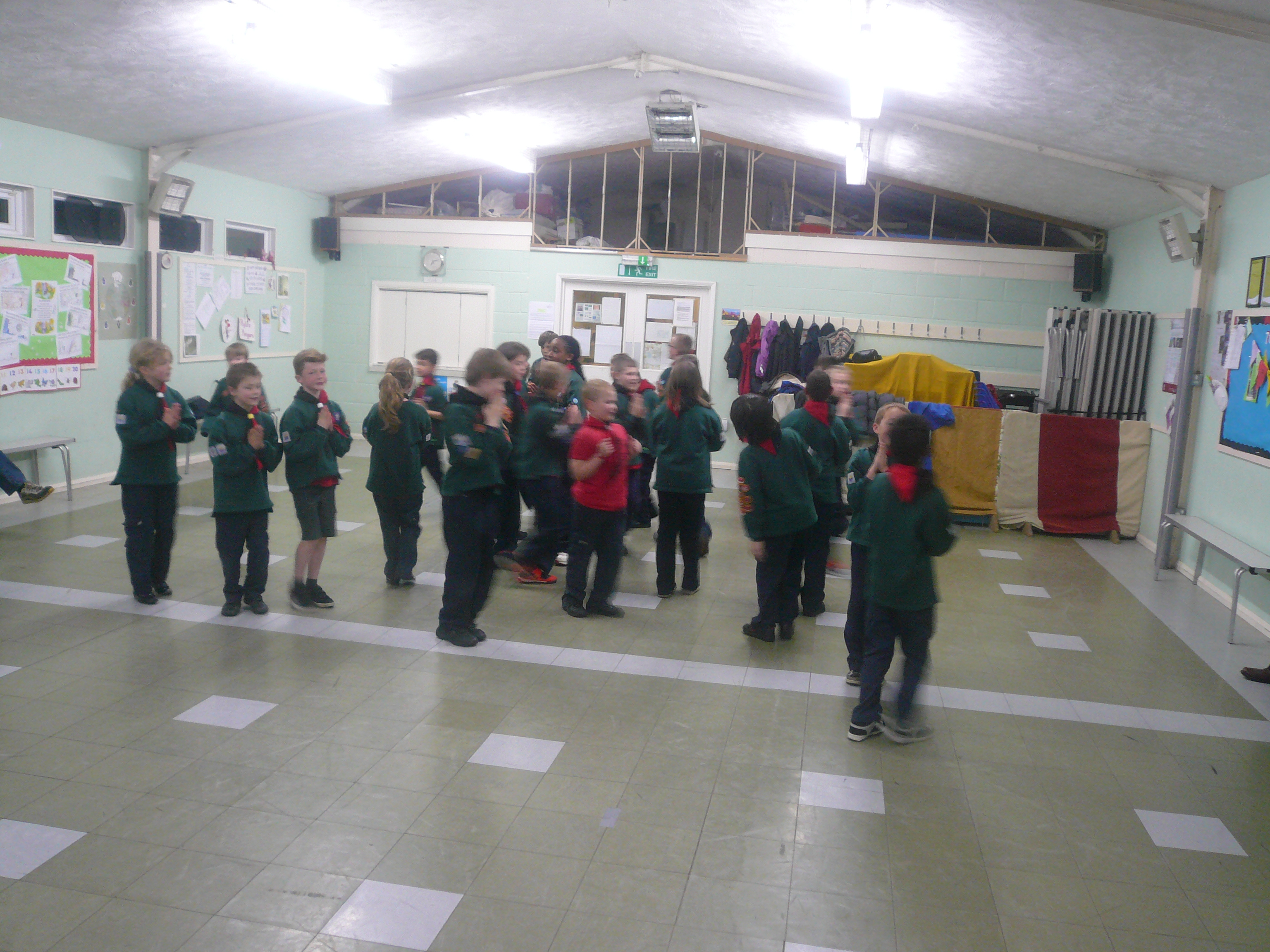 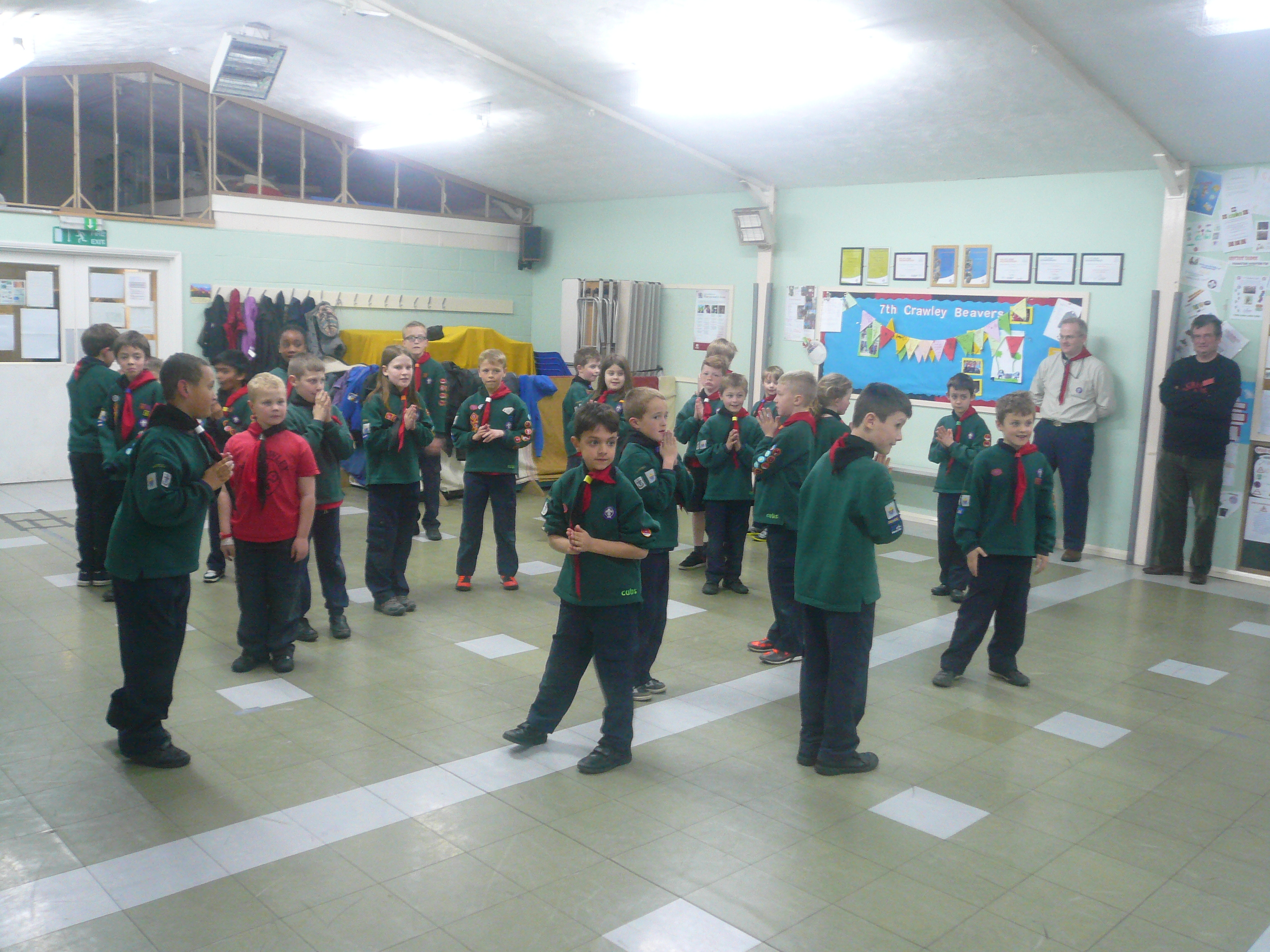 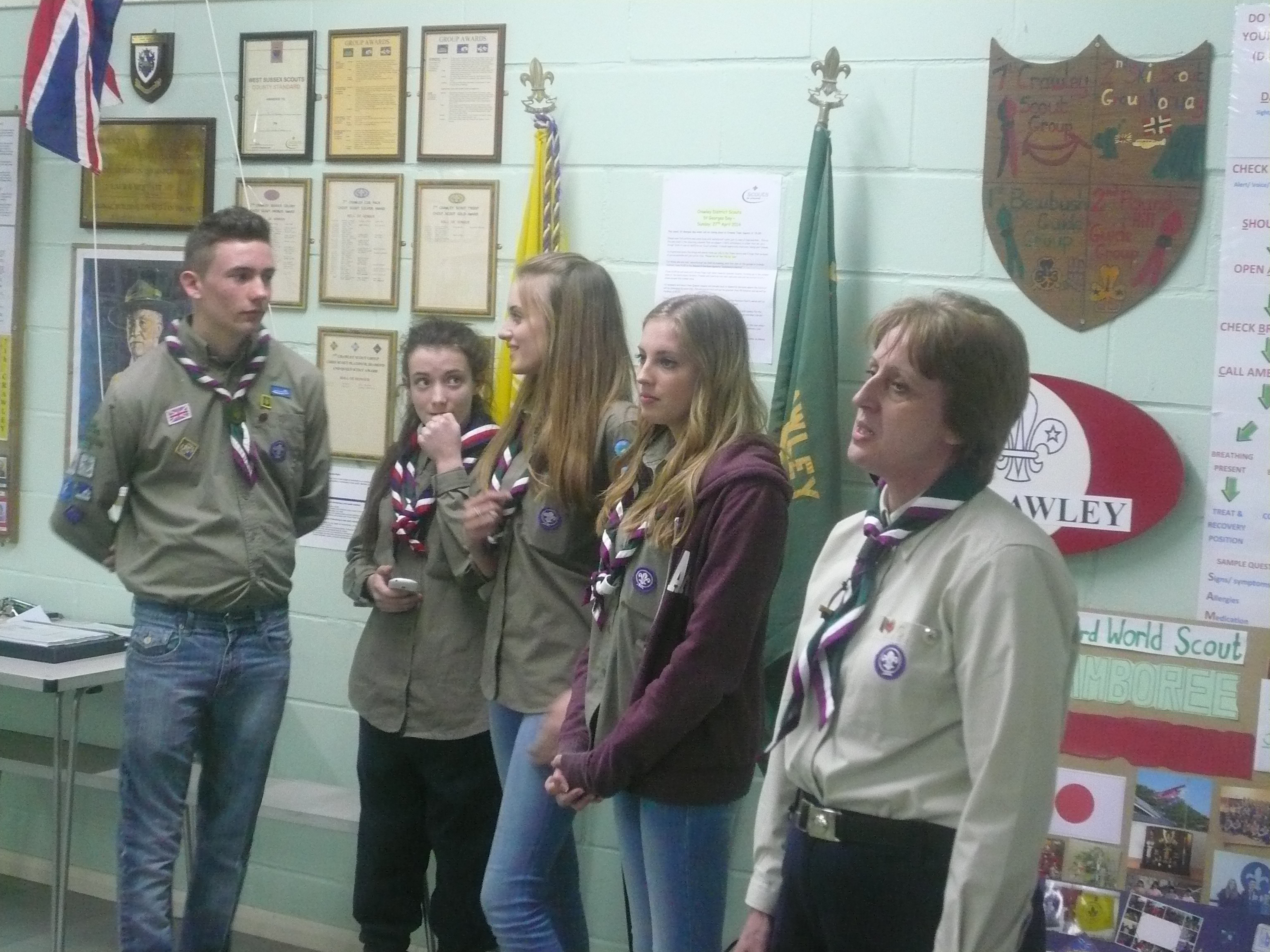 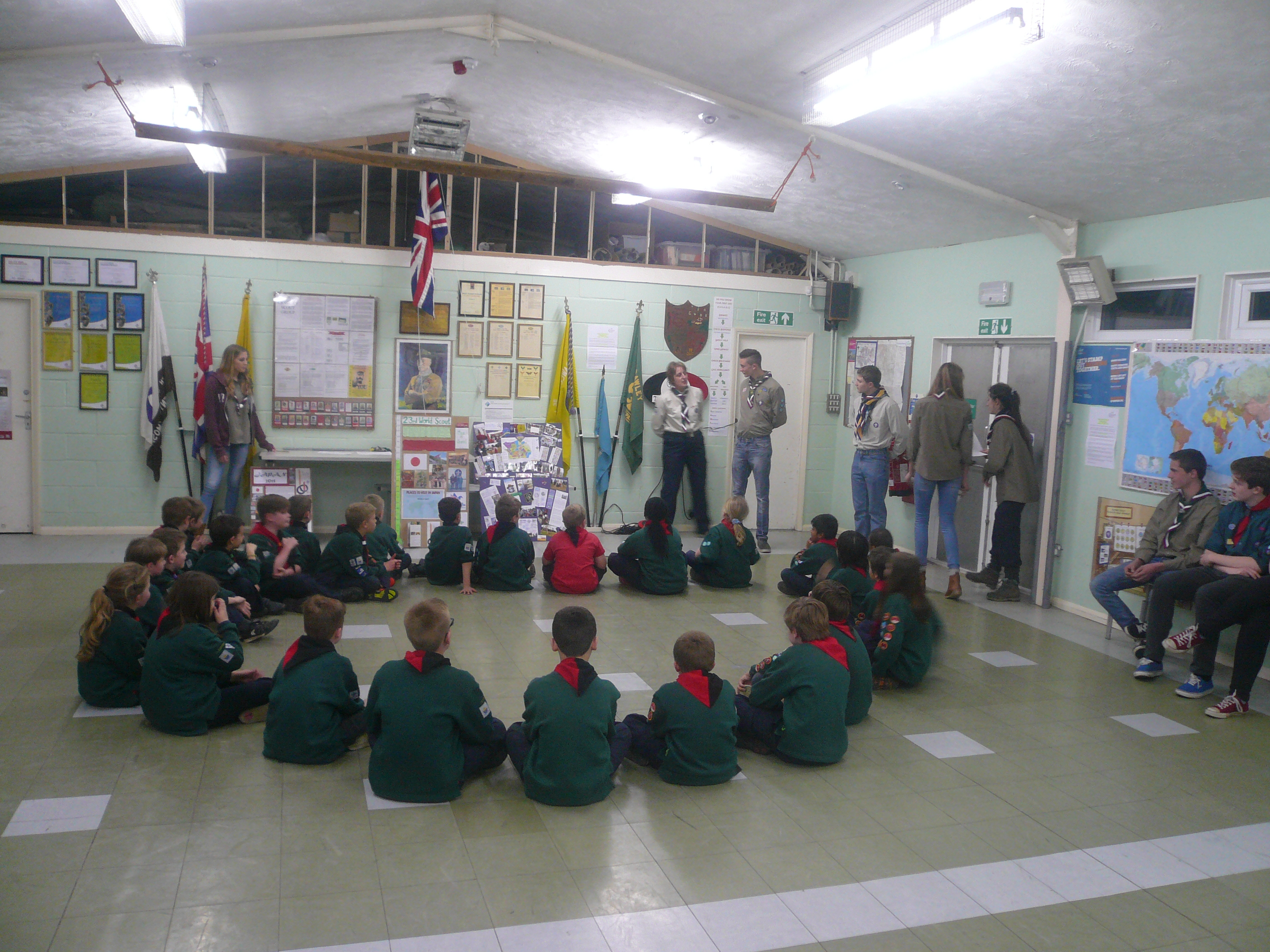 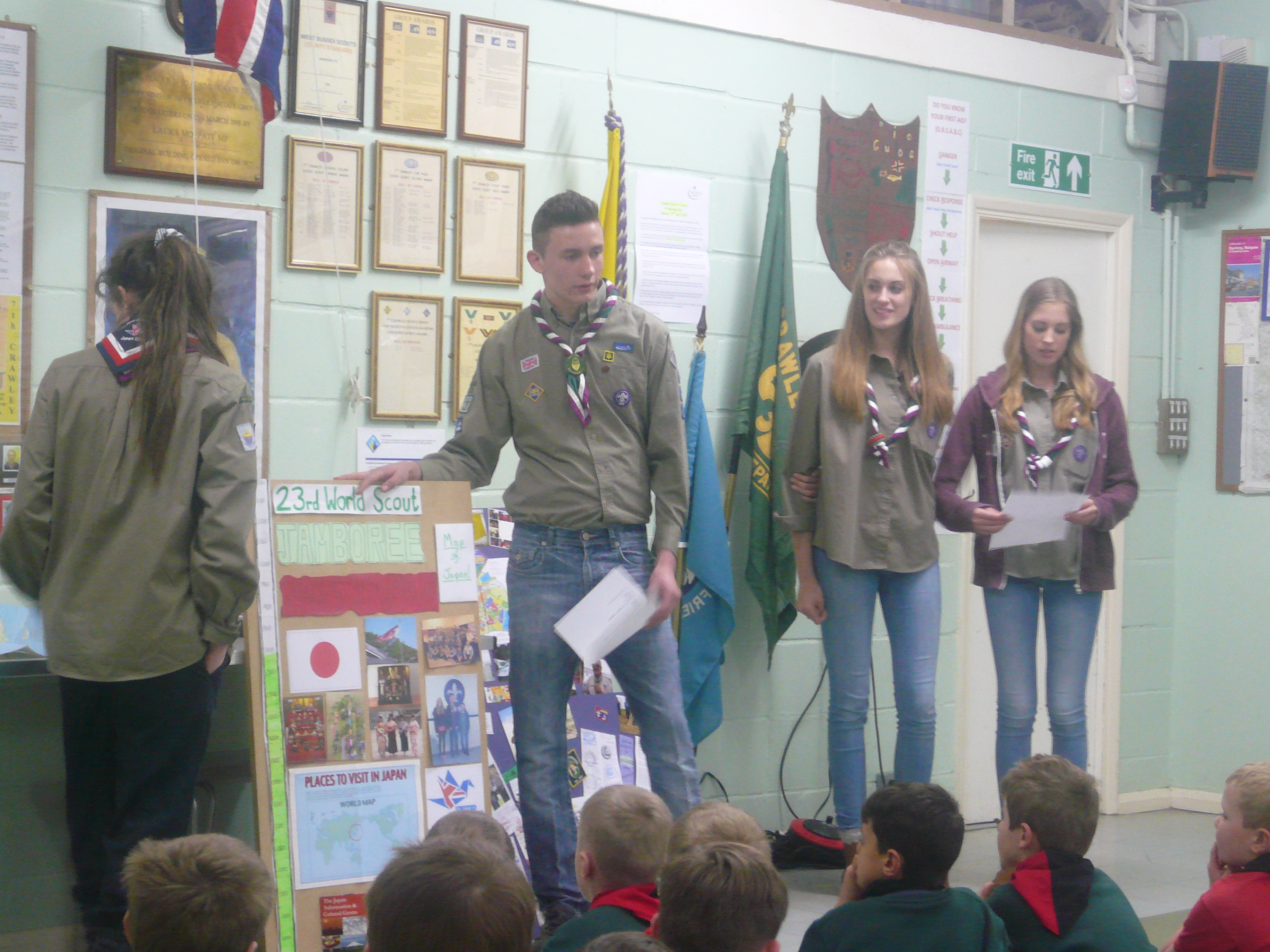 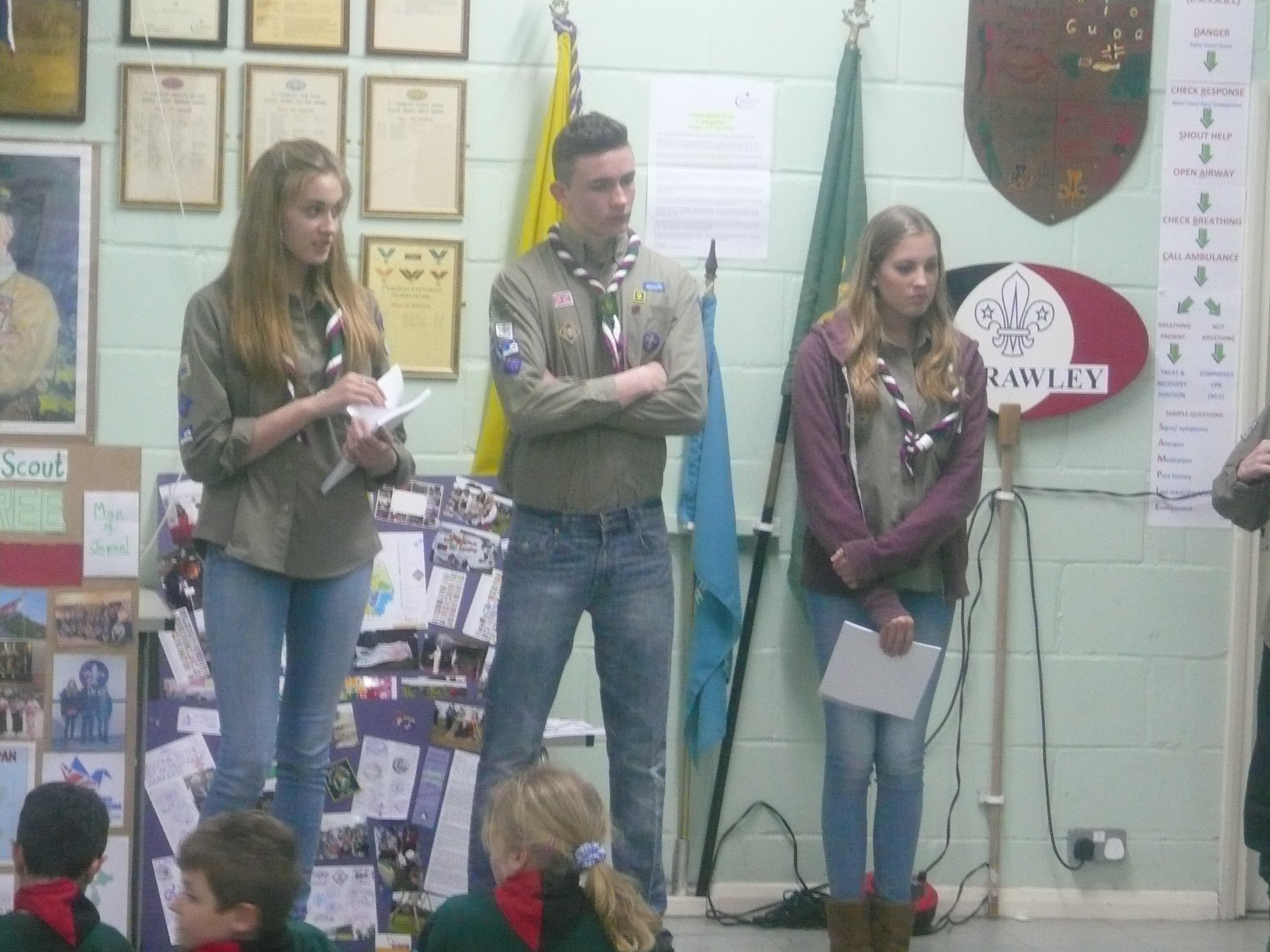 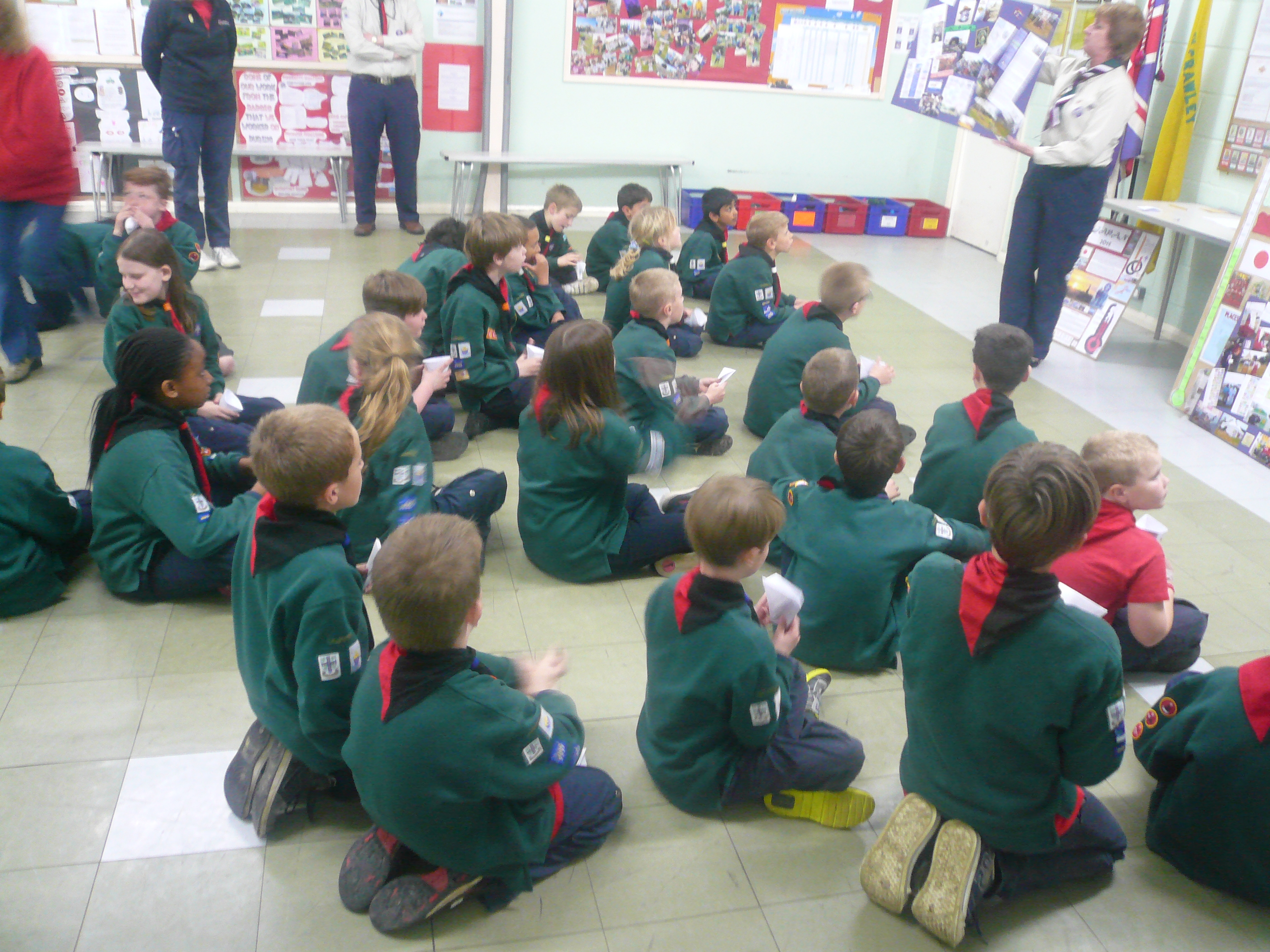 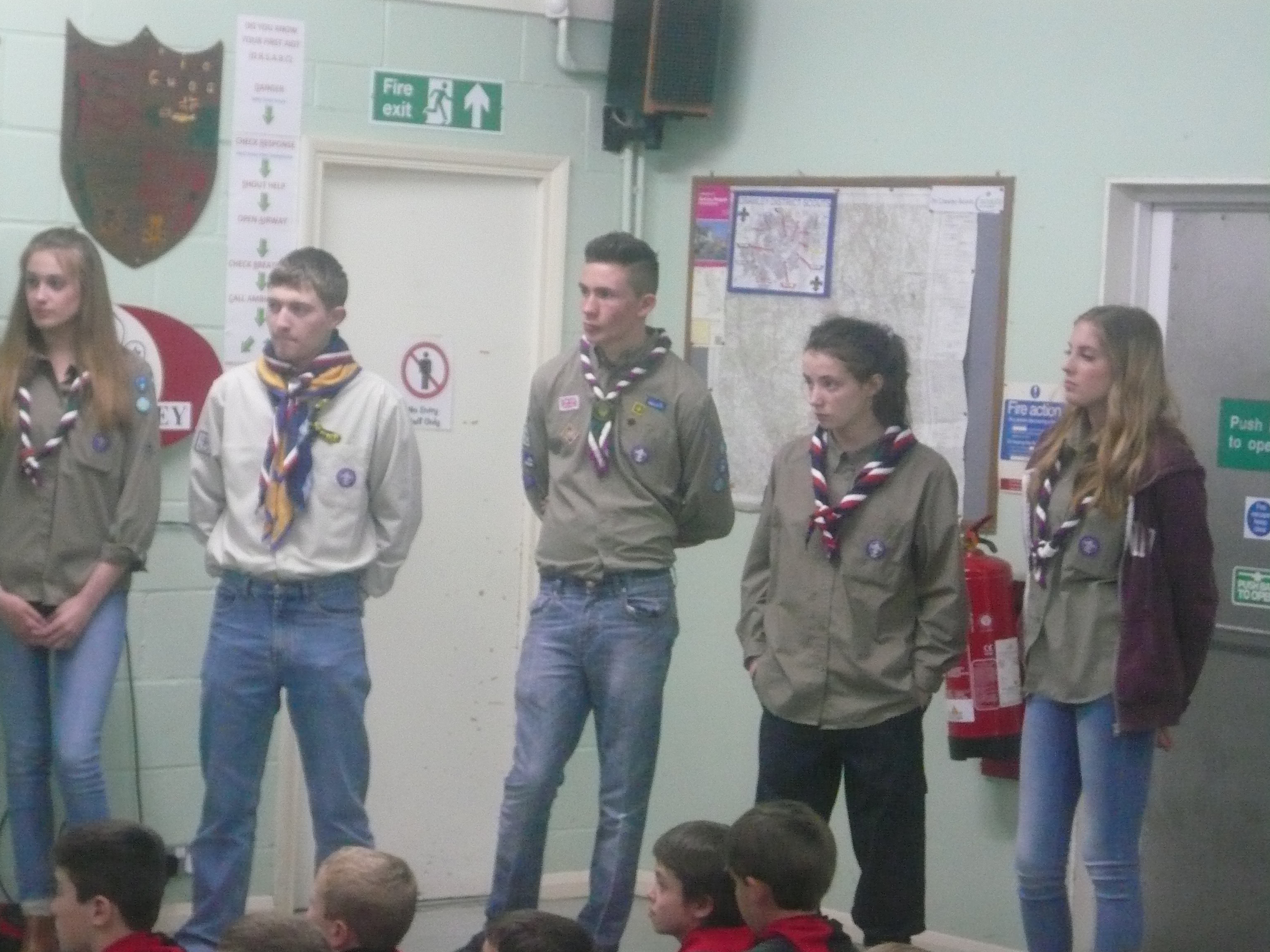