Crawley’s MP, Henry Smith, visited the Cub Pack tonight and presented Akela with a cheque for £100.  Henry, together with a number of other MP’s had taken part in a competition to see which one of them could fly a plane in a flight simulator the best – Henry won; his prize was a donation to a local charity and he generously chose our Scout Group – Many thanks Henry! 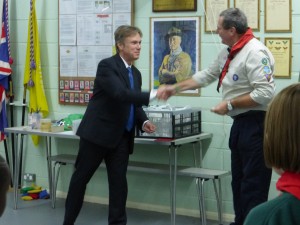 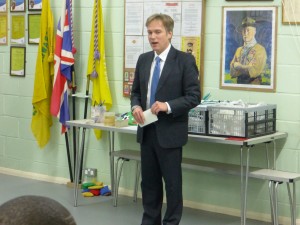