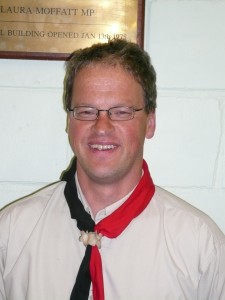 Tim joined 7th Crawley in March 2005 as an Assistant Scout Leader.  Having completed his wood badge training he was then appointed as Scout Leader in January 2011.